Our Commercial Disputes Trainee Solicitor, Tod Davies, looks at the relationship between football and betting.

The controversial Burnley midfielder has been banned from football for 18 months after admitting a Football Association (FA) charge in relation to betting. Barton was also fined £30,000 and warned about his future conduct for breaking FA betting rules. He admitted the charges and has spoken about his troubled relationship with betting, but plans to appeal against the length of the suspension.

Barton had placed over 1,200 bets between 2006 and 2016, at an average of £150 per bet. Apart from taking 10 years to notice Barton was addicted to gambling, the FA has a prima facie strict code of conduct in relation to betting. The FA bans all players and staff at clubs as far down as the eighth tier of men’s football – as well as clubs in the Women’s Super League – from betting on any football match, competition, or football related matter, anywhere in the world.

This stance is arguably at odds with the fact that Ladbrokes – Coral are official sponsors of the FA and, as anyone who has watched a televised game will notice, that betting advertisements are rampant throughout the sport. Stoke City’s official ground is The bet356 stadium while 10 out of 20 premier league clubs main shirt sponsor is a betting company.

Barton has called on the FA to do more to tackle this:

“If the FA is truly serious about tackling the culture of gambling in football, it needs to look at its own dependence on the gambling companies, their role in football and in sports broadcasting, rather than just blaming the players who place a bet.”

Speaking to BBC Radio 5 live, former football Matthew Etherington sympathised with Barton, stating that he too struggled with a gambling addiction, which was to some extent encouraged:

“I was targeted. We had gambling companies come into the club and say 'you can bet with us'. They knew we were young, a bit vulnerable, and had lots of money. Looking back, it was very irresponsible of them.”

Former Everton midfielder Leon Osman also weighed in, saying that a gambling company automatically blocked his new account after he staked his first bet post-retirement, after which he had to phone up and explain that he had retired:

“The betting company has done Barton no favours. They are more to blame than anybody because they've been accepting bets from him for 10 years.”

The ban of 18 months has been labelled excessive by Burnley manager Sean Dyche, who highlighted that Eric Cantona was only banned for 9 months and received a lower fine following a kung-fu kick on a spectator. At 34 years old, Barton recognised that, should the ban be upheld following his appeal, it effectively forces him into an early retirement.

Burnley midfielder Joey Barton has been banned from football for 18 months after admitting a Football Association charge in relation to betting. The 34-year-old has been fined £30,000 and warned about his future conduct after being charged with breaking FA rules for placing 1,260 bets on matches between 26 March 2006 and 13 May 2016. Barton said he is addicted to gambling. He plans to appeal against the length of the suspension, calling it "excessive". 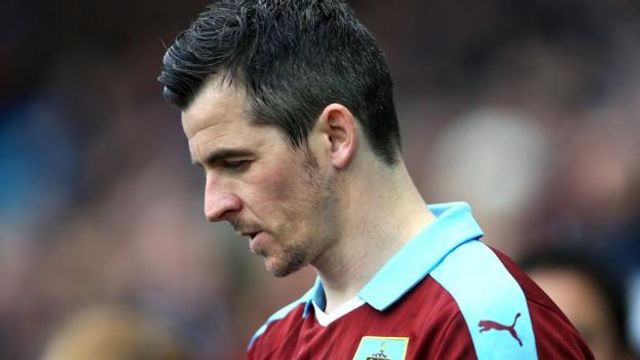 Burnley midfielder Joey Barton has been banned for 18 months after admitting a FA charge in relation to betting.https://t.co/aX1unhpSFF pic.twitter.com/m72Vw4Td66