Our Commercial Disputes Trainee Solicitor, Tod Davies, looks at how in a recent case the Court of Appeal upheld the High Court decision that the right to use a golf course, swimming pool or tennis court was capable of being an easement.

Diamond Resorts owns the Broome Park Mansion Estate in Kent and in 1981 sold part of it to be built as timeshare homes (now owned by Regency Villas). The 1981 transfer included a provision that the users of the timeshare land could use, free of charge, the swimming pool, golf course, squash courts, tennis courts, and other recreational facilities on the estate grounds, along with the ground floor of the Broome Park Mansion House. This access continues today and is undoubtedly a key part of the appeal of the timeshares. These facilities are also open to the general public, who have to pay for them. Diamond Resorts decided to contest this long-standing arrangement and assert that the creation of an easement had not been intended in the 1981 transfer.

The High Court ruled that the right of Regency Villas to use the facilities did take effect as an easement and not as a mere personal right, recognising that all the requirements of an easement, as outlined by Re Ellenborough Park (1955), were present. It also judged that the fact that the rights were for recreation was not a legal impediment to the grant of an easement, provided the intention to grant an easement was evident. Diamond Resorts argued that the fact that the 1981 transfer did not require Regency Villas to maintain the facilities was evidence that an easement was not intended. The court dismissed this on the basis that an easement could exist without an obligation to maintain or repair.

The decision was appealed but the Court of Appeal agreed with the High Court, although there was a narrowing of the scope of easements granted. It was determined that the easements should have been considered individually and not as a bundle, consequently, the Court of Appeal decided that while most still applied some did not. The court said the 1981 transfer granted rights over the facilities as they existed at that time, along with any minor upgrades or extensions, but any newly constructed facilities since 1981 could not be included.

As an example, the original pool in 1981 had since been filled in and a new indoor pool built within the manor house. The court decided access to this new pool could not be included in the original grant and nor could any area within the house itself (including a billiards room) because the right to use these facilities was only a personal right to use the chattels and services provided by the estate owners. This tied in with the maintenance point raised by Diamond Resorts. Whilst Regency Villas was under no obligation to contribute to the upkeep of the facilities, the court determined that they could have contributed should those facilities have fallen into disrepair and so this did not invalidate the easement. However, this could not be said of any facilities within the manor house itself, as Regency Villas could not have provided the necessary services without taking possession of parts of the manor house.

This case is notable as an extension to the famous Re Ellenborough Park case which involved an easement to walk across a park purely for pleasure. The judge said that in this case, it is a relatively small step to extend that to the enjoyment of sporting and other recreational facilities. It was also noted that categories of easements are not closed and the perception of society as to what is "mere recreation" may change over time. 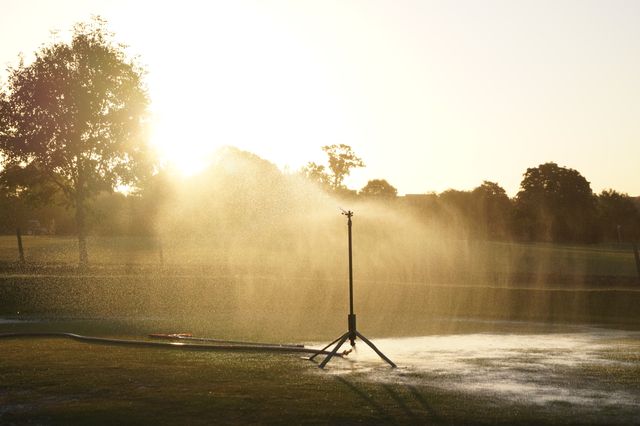