Our Employment Partner, Richard Thomas, looks at how Brexit could cause a 'brain drain' and what this means for the UK workforce

It is undoubtedly the case that one of the key factors that prompted the decision to leave the EU in the referendum was the issue of immigration and, in particular, the perception that the UK had no control over EU immigration levels. “Take back control” was the mantra of the Vote Leave team and this simple catch phrase became a slogan that “cut through” to the electorate in much the same way as the “dementia tax” seems to have cut through during this General Election.

However, the recent ONS statistics seem to demonstrate that it is in fact EU nationals that are taking control of their destinies by voting with their feet and leaving the UK. Net migration to the UK fell by 25% to 248,000 and this reduction was caused by an increase of 40,000 people (mostly EU citizens) leaving the UK. Now this net migration figure is still significantly above the Conservative party’s pledge to reduce net immigration to the tens of thousands but it does appear to be a clear first sign of a direction of travel and that direction is out of the UK. In a case of “be careful what you wish for…” a number of sectors such as retail, manufacturing, health and food services, are predicting skills and labour shortages, with more than a quarter of employers predicting that their EU workers could leave their jobs and the UK this year. In addition, there could be further departures among highly skilled EU workers in the IT, finance and engineering sectors. Whilst other factors (such as the lower value of the pound) will have contributed to this situation the main factor (particularly among highly skilled EU migrants) appears to be the uncertainty over their future status.

One key issue for the forthcoming Brexit negotiations will be that of EU Immigration following our exit from the UK. There is no doubt that the UK Government will seek to put in place some form of “controls” on EU immigration after the UK leaves the EU but it is entirely unclear as to what form these controls will take and/or who they will apply to. Will the controls apply to unskilled, semi skilled or skilled EU migrants? Who makes the decision as to what constitutes a semi skilled or skilled role? Is there any appeal against this decision? It has also been suggested that the UK will allow all current EU nationals working in the UK to remain in the UK after the UK leaves the EU but it is not clear whether this will be indefinitely and whether it will apply to non working spouses and/or children. Ultimately no promises have been given and it is a matter for negotiation between the EU and the UK. Given the current uncertainty and potential cost the best advice to SME’s with EU workers who have been working in the UK for at least 5 years is to get them to make an application for Permanent Residence as this should provide a guarantee of an individual’s continuing right to work in the UK. However, individuals making the application will have to complete an 85 page form and provide huge amounts of supporting documentation confirming what they have been doing in the UK for the last 5 years. This is an arduous process to say the least but there appears to be little alternative as (unlike some EU countries such as Germany) the UK has no central register of the identities or even the numbers of EU citizens currently working in the UK. The Home Office has stated that it is looking to use an online application process but there does not appear to be any additional funding for this.

We can only hope that this uncertainty is cleared up quickly once the Brexit negotiations begin on 19 June. Otherwise the trickle of departures could start to turn into a flood.

Net migration to the UK in 2016 fell by 25% to 248,000, but immigration experts warn of a Brexit brain drain as political rhetoric continues to make foreign nationals feel less secure in the UK. The Office for National Statistics said the reduction in net migration was caused by an increase of 40,000 people, mostly EU citizens, leaving the country. 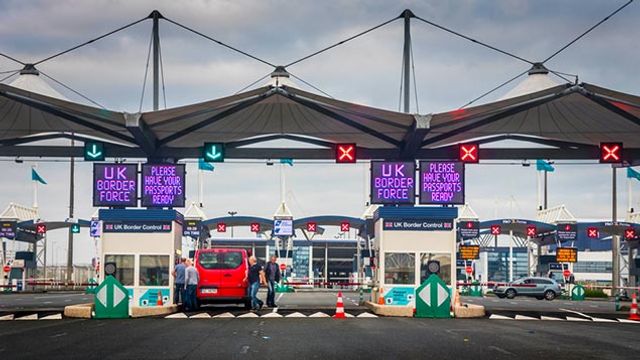