Our commercial disputes lawyer, Nick Lewis, takes a look at the latest development in the long running monkey selfie saga.

As per the article below, David Slater, the man behind the infamous 'monkey selfie' debate, has professed himself to be penniless following court action.

PETA’s appeal is based on the fact that US Copyright law states that copyright in a photograph belongs to the photographer. It does not exclude animals. Therefore, ‘authorship’ should be construed in the widest sense.

Looking at the wider issues, the article raises some interesting points.

Mr Slater succeeded in getting the case dismissed at first instance. However, despite successfully defending his position, he is still having to fight his corner - which is inevitably expensive.

PETA has maintained throughout the process that it is taking this action because it wants to protect monkey habitats and benefit their populations.

However, the worldwide popularity of the photograph is having this effect already. Local communities are now promoting the monkeys as the “Selfie Monkeys” and their numbers are thriving.

There was a hearing in the US on 13 July 2017 during which PETA argued that they do have status to represent the monkey. The Judges stated ‘having a genuine care for the animal’ is not enough to establish 'next friend' relationship, which is required to represent the monkey in court. This type of hearing would have incurred yet more costs for Mr Slater.

From any perspective, it'll certainly be interesting to watch how this develops. 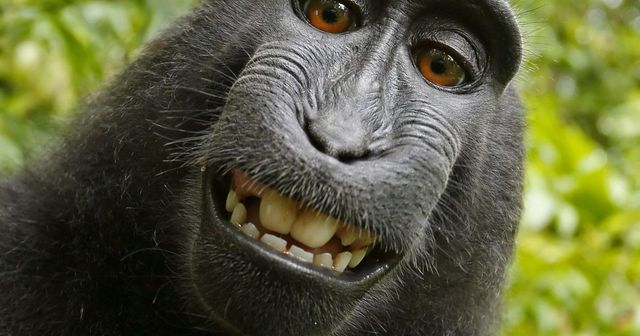 Never give your camera to a monkey! - https://t.co/RDGQtSHLJP