Today is International Women’s Day. Alys Carlton, one of our Partners, recently gave a speech promoting the movement. Here are her thoughts.

‘Feminism, and the quest for a more inclusive, equal society, are genuinely close to my heart – just ask any of my colleagues or followers on Twitter.

But, it’s safe to say that I occupy a position of incredible privilege.

I work in a firm which has a female managing partner. Four out of our five business areas are led by women. And I lead a team of corporate and commercial lawyers, two thirds of whom are women. We are seriously trying to recruit more men.

I’m the mother of two boys, whom I am proud to be raising as feminists. I think it is paying off. When I asked my seven-year-old recently what he could tell me about Barack Obama, he told me that he was “married to a very important woman”.

I am also married to a man who is truly my partner. His career is as important as mine and we share responsibility for the home and our children equally. Yes, like Mr May, he takes out the bins. But he also supervises homework, cooks, buys birthday presents and attends parents evening – without me.

I am even more heartened to hear one of the founders of the 30% Club, Nicola Morrissey, said recently that if she were founding the 30% Club today, she would call it the 50% Club – genuine parity in that space no longer seems like a pipe dream.

But, if ever I used to exist in a cosy bubble of fairness and inclusion, events over the past few months have well and truly burst that.

The scandals emerging as part of the #MeToo campaign seem never-ending.

The amazing reporting into the men-only fundraising do for the President’s Club showed clearly that, despite crucial initiatives like the 30% Club, a culture of misogyny is still prevalent in certain parts of the City.

While I have never personally experienced sexism on quite that scale, I do find the attitudes of some in the Cardiff business community – particularly when they get dressed up in black tie – rather disappointing.

And, last week, it was reported that a Partner at the international law firm Baker McKenzie lost his job after allegations surfaced that he had sexually assaulted a female colleague – who, incidentally, agreed to leave the firm after signing a non-disclosure agreement and receiving a payout. Surely it is, therefore, only a matter of time before lawyers are also claiming “#MeToo”.

Exposing terrible stories of gender discrimination and abuse in the workplace is so important.

It acts as a very powerful catalyst for changing attitudes – see how quickly the President’s Club was disbanded in the wake of the FT’s report. For them, it really was #TimesUp.

What is so fantastic about International Women's Day is that it is a celebration of women – of our social, economic, cultural, and political achievements. Of all the great stuff we do, all around the world, all the time. It encourages us to speak up, to champion our female peers, and to put pressure on the great men that we work with to do the same.

At its core, despite some woeful statistics and horrible stories, its message is positive. It is wonderful to see that positivity highlighted so well by Llamau’s #BeBold campaign.

After the bleak landscape that’s emerged over the past few months, I believe the world of business needs to mark International Women’s Day – and mark it boldly and brightly – now more than ever.' 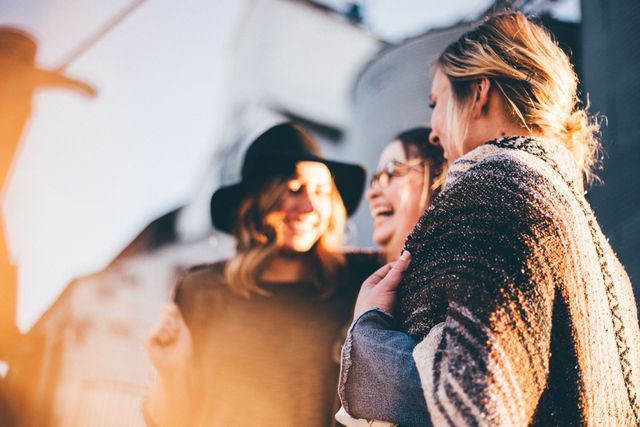